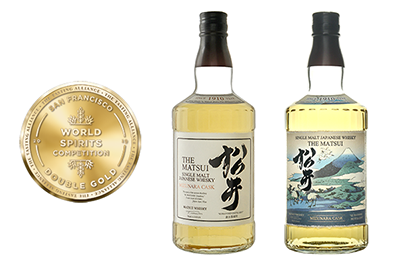 Double gold is awarded where all members of the judging panel award a gold medal to the whisky, recognizing it as product of supreme quality.

The Matsui Peated in the same series also won gold, as did the Kurayoshi 12 years. Tottori bourbon barrel and others in the Kurayoshi series received silver awards, altogether quite the haul for Matsui whiskies.